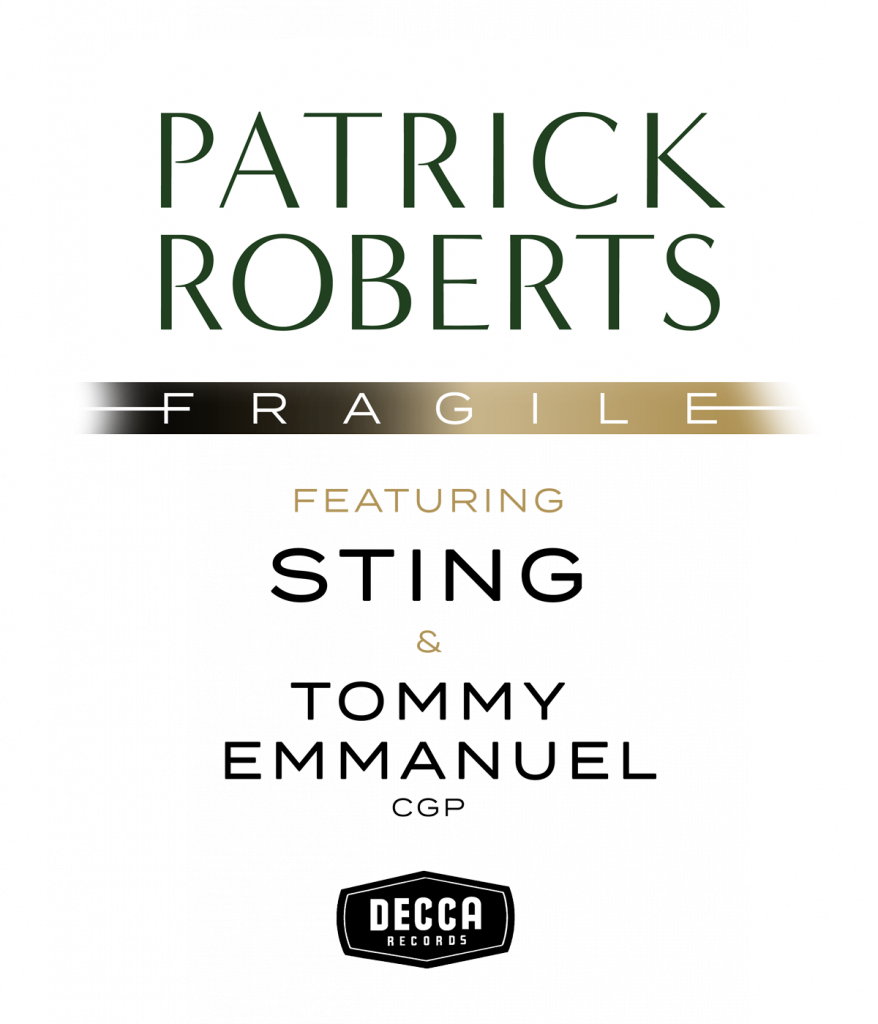 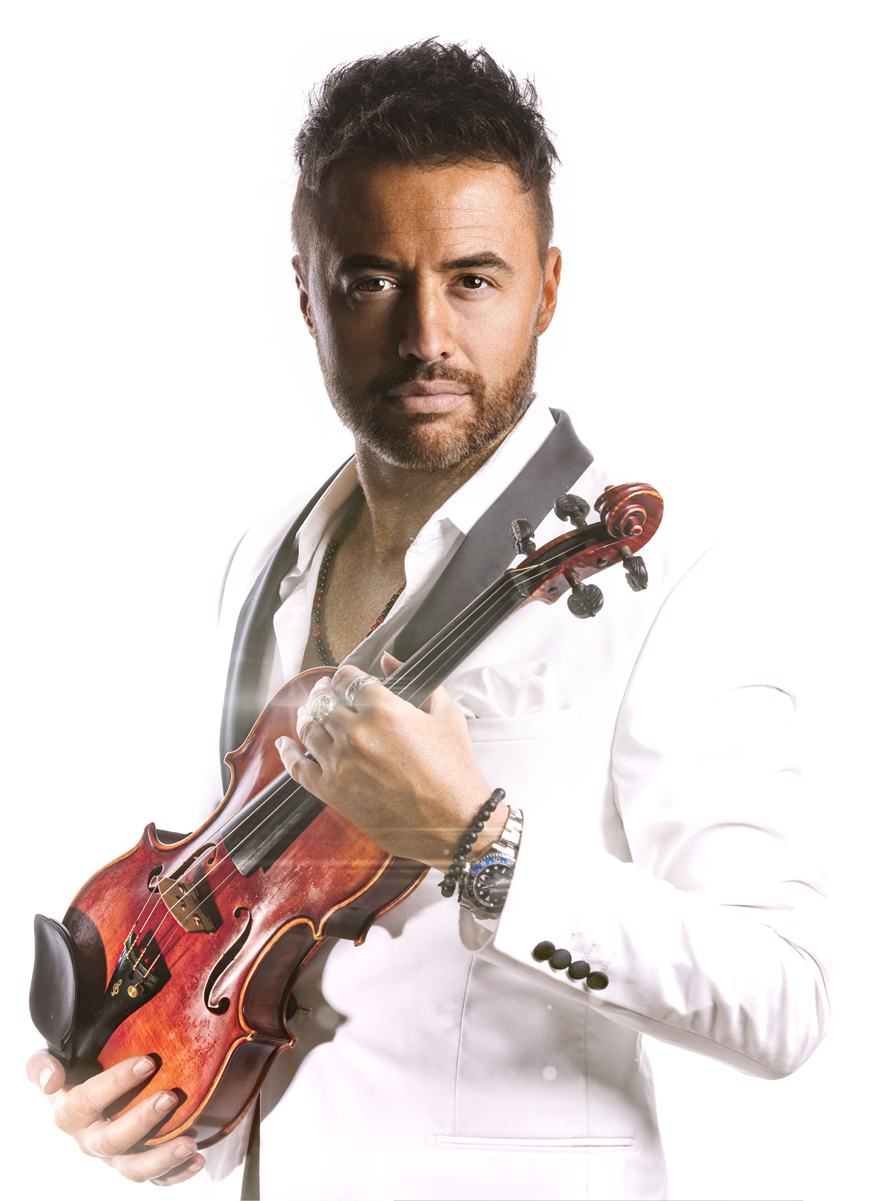 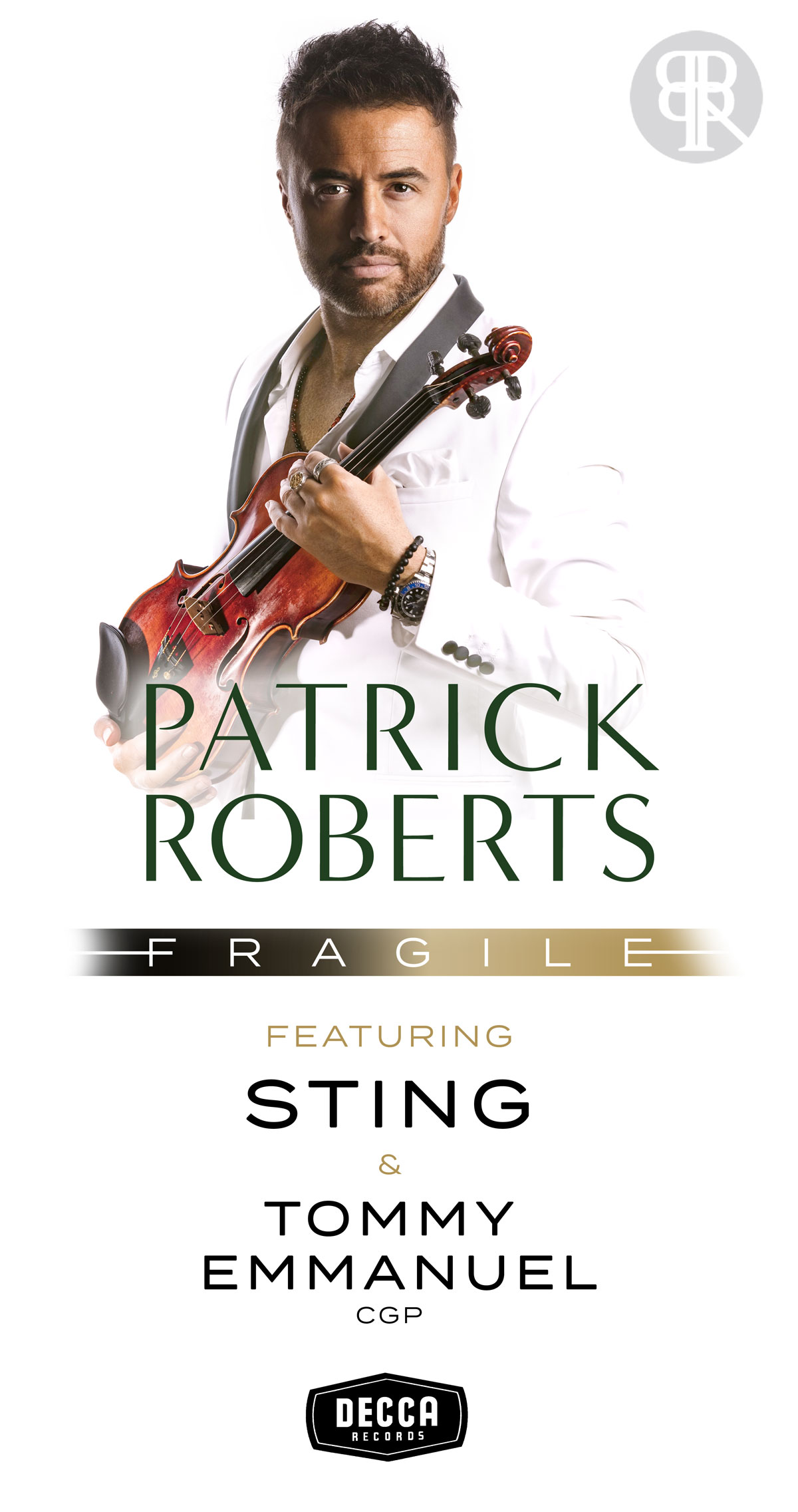 FRAGILE THE ALBUM - OUT NOW 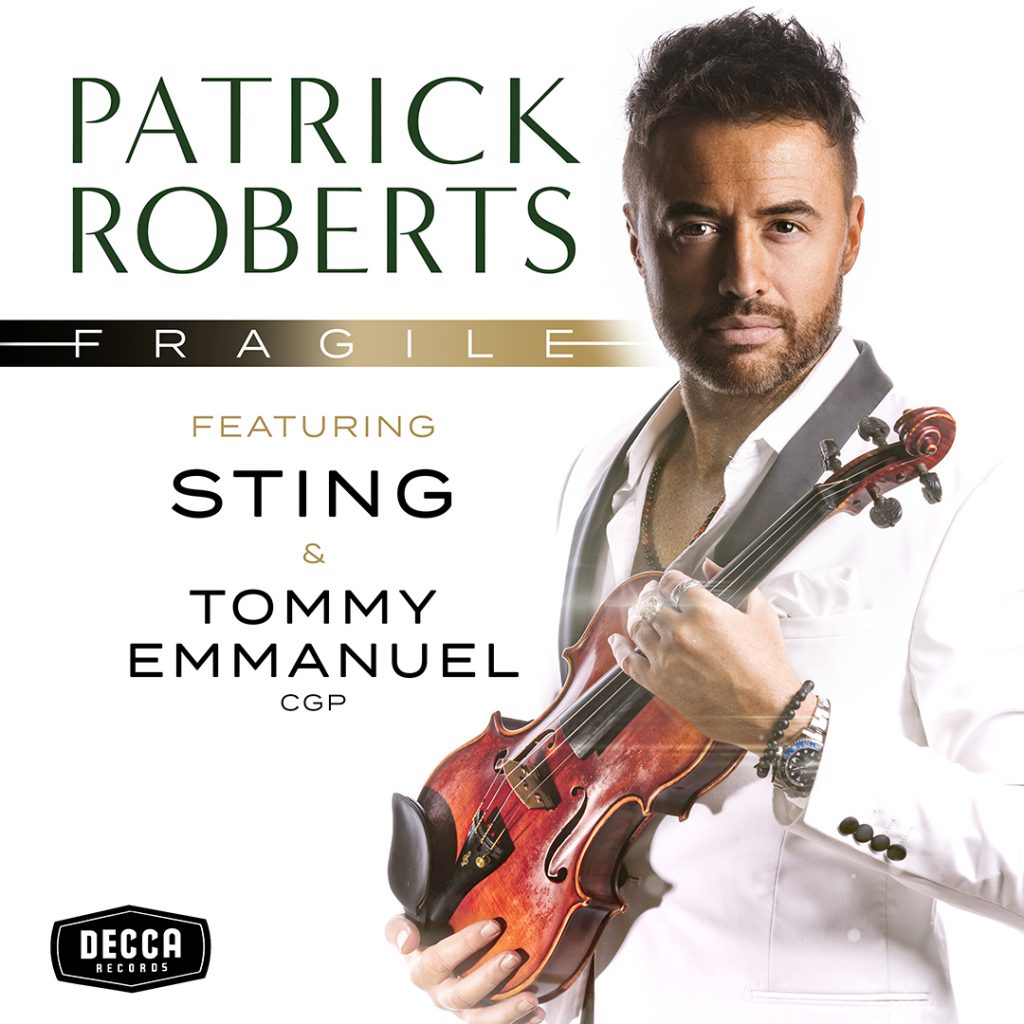 Even the Nights are Better featuring Air Supply

“He has broken the mould of classical music”

Award winning ARIA chart-topping Violinist Patrick Roberts has been performing globally for over 30 years. Picking up the Violin at the tender age of 5 he has been classified as a true Violin genius and has transformed some of the much loved classics into contemporary masterpieces. Patrick has performed shows all around the world and has featured his own headline shows throughout mainland China, Japan, USA, Australia & Europe whilst mesmerising audiences far and wide with his emotional & evocative performance style. Coupled with his live performance schedule he has also released 7 albums to date, received two Gold records and had two No.1 albums in the charts globally. Patrick has collaborated with some of the worlds most incredible artists and orchestras such as Sting, Air Supply, Tommy Emmanuel, Nuno Bettencourt, Julian Lennon, The Carpenters, Joshua Bell, The Prague Symphony Orchestra & the Melbourne Symphony Orchestra.

Patrick’s early training commenced at the Conservatorium of Music in Melbourne Australia in which he was awarded the Betty Barwell Scholarship & Dame Nellie Melba Scholarship consecutively for outstanding recitals during the course of his studies for Master of Music. Patrick studied with Eastern European teachers throughout the course of his classical upbringing with notable connections with Mark Mogilevski & Ivana Tomaskova. He played in the Melbourne Symphony Orchestra for several years before being featured as a soloist for the Victorian Concert Orchestra. In 2007 Patrick performed an Australian tour featuring the first of many Classical / Crossover concerts which in turn led him to record his first album in 2007 titled ‘Songs From the Heart’.

In 2010 Patrick focussed his recordings to incorporate full orchestral compositions and large scale production effects. The follow up album ‘All in Love is Fair’ featured songs inspired by Patrick’s tour of Europe in 2008 which he performed recitals in Seville, Madrid, Florence and Malta. Following on from this album Patrick launched ‘Vision’, an album which was produced as a charity album and saw proceeds donated to Vision Australia to help the blind and vision impaired. The album debuted at No.1 on the Classical Crossover charts whilst also being featured on mainstream classical radio and Australian TV.

In 2015 Patrick was signed to Sony Music Australia and released his debut album with them titled ‘Pink’ which featured serene, uplifting classical / crossover masterpieces tailored to a wider demographic. Proceeds of the album went to the National Breast Cancer Foundation to help life changing Breast Cancer Research. Patrick’s Mother was a Breast Cancer survivor and he created the album in her honour. The album featured songs such as Intermezzo, Cinema Paradiso, La Vie en Rose, & You’ll Never Walk Alone . ‘Pink’ debuted at No.1 on the Classical / Crossover charts and then went on to turn Gold.

In 2015 Patrick was honoured to be invited to perform a very special duet with award winning Australian soprano Marina Prior live in front of a 50,000 audience and 3.2 million TV audience at the stunning Sidney Myer Music Bowl. This was a breathtaking concert featuring stunning renditions of many well known classical/ crossover pieces.

Patrick has performed on every major TV station in Australia and is widely known as an Australian TV phenomenon. He is most remembered by his performances each year live on the Good Friday Appeal on Network 7 in support of the Royal Children’s Hospital, Vision Australia’s Carols By Candlelight in support of the blind and vision impaired and the National Breast Cancer Foundation.

In 2017 Patrick made his Beijing debut at the beautiful Minzu Theatre to a full house for three sols out shows. This was in line with his Asian tour commencing that year and taking him through to Suzhou for his encore recital at the ancient Kunqu Opera Theatre which he performed a classical duet with award winning Chinese Pianist Ivy Chiu.

In 2018 Patrick collaborated with Graham Russell and Russell Hitchcock from Air Supply on their latest album titled The Lost in Love Experience. This was a very exciting collaboration for Patrick as he performed solo alongside Joshua Bell, Tommy Emmanuel & the Prague Symphony Orchestra. In 2019 Patrick signed to Universal Music and released his 6th studio album titled ‘All Out of Love’. This new album featured Graham Russell and Russell Hitchcock from Air Supply as guest artists & The Prague Symphony Orchestra on the album. ‘All Out of Love’ debuted at No.1 on the classical/ crossover charts.

Patrick launched the new album at the iconic Sydney Opera House alongside Air Supply & the Metropolitan Orchestra in front of a capacity 5,500 audience, this was straight after his live performance with them at the Melbourne Plenary in April 2019. He is very honoured to have these legendary artists on his album ‘All Out of Love’ and also have performed alongside them at the Sydney Opera House in 2019.

In May 2019 Patrick made is debut performance in Las Vegas at the stunning Orleans Showroom as special guest during Air Supply’s USA tour. The USA audiences truly embraced Patrick’s very emotional and mesmerising performance style and he will be returning again next year for a full USA tour.

In 2020 Patrick was honoured to release his 7th studio album with Sony Music titled ‘Imagine’ featuring Julian Lennon & Tommy Emmanuel. The album debuted at No.1 on the Classical / Crossover charts. ‘Imagine’ features many of the Beatles classic songs reimagined on the Violin and was mastered at the iconic Abbey Road Studios in London by the amazing Andy Walter who mastered the original Beatles Anthology Edition giving the last sprinkles of magic to an already impressive album. Patrick donated proceeds of ‘Imagine’ to the Sony Foundation & the White Feather Foundation to help their mission for the conservation of life.

This year marks a very special year for Patrick as he has signed to Decca Records and announced the release of his brand new album ‘Fragile’ featuring Sting and Tommy Emmanuel. With its collection of the world’s most beloved songs, Fragile mirrors the incredible journey of the human spirit. The album features a special version of Sting’s song ‘Fragile’ featuring the 17-time Grammy® Award winner Sting and legendary Australian guitarist Tommy Emmanuel. 50% of the proceeds of this album will go to the Rainforest Fund, which was co-founded by Sting and his wife, Trudie Styler, to help their mission in reducing mass global deforestation. This is also Patrick’s debut album on Decca Australia. Patrick’s recent signing with Universal Music Australia sees him join a stellar roster of Australian and international artists including The Seekers, Patrizio Buanne, Ludovico Einaudi, The Lumineers, Ennio Morricone and Andrea Bocelli. 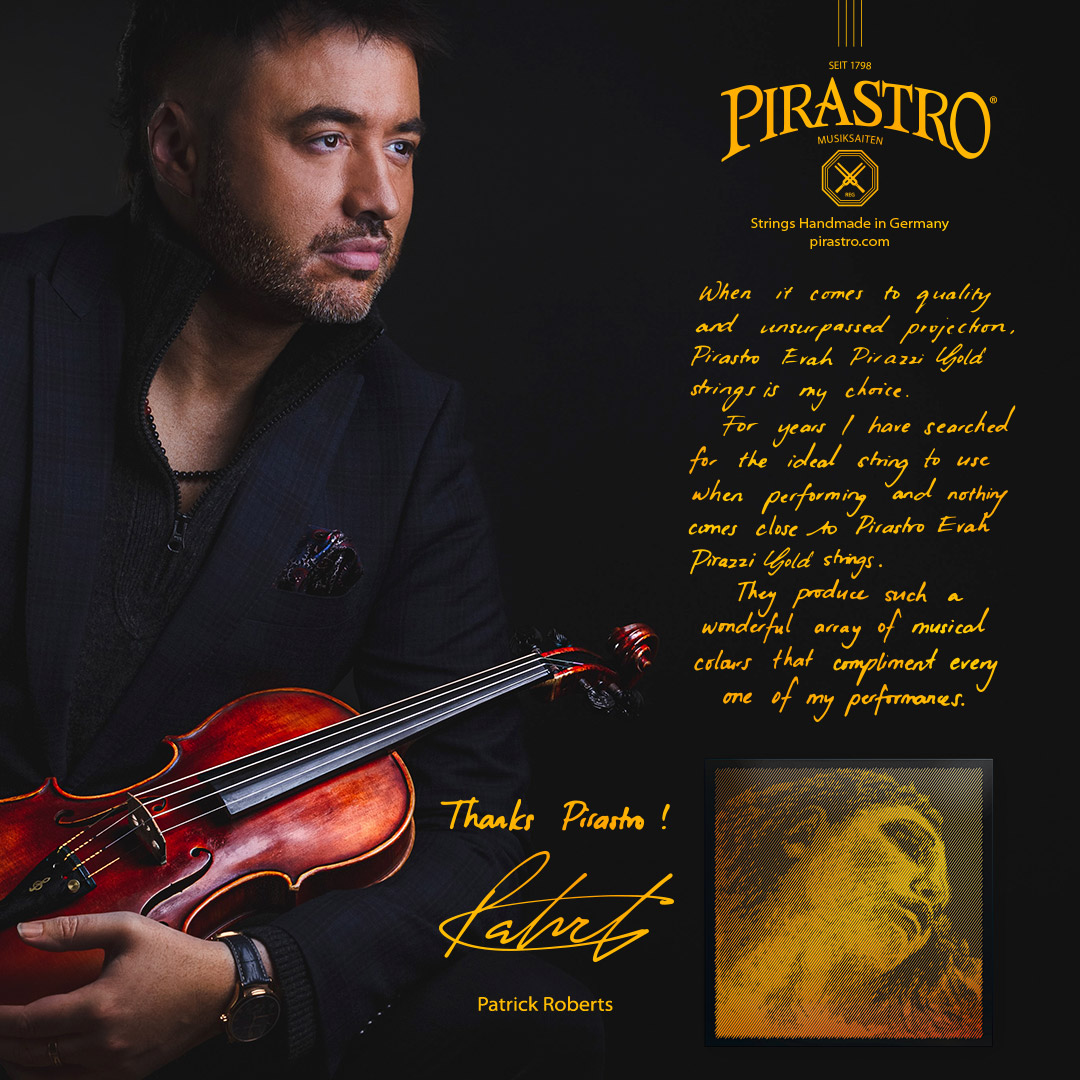 Patrick Roberts live with Sting at Chateau de Chambord in France on June 28, 2022

Patrick Roberts and Air Supply in 2022

Patrick Roberts will be performing with Air Supply at the Sydney Opera House on November 30 and at the Palais Theatre on December 1. 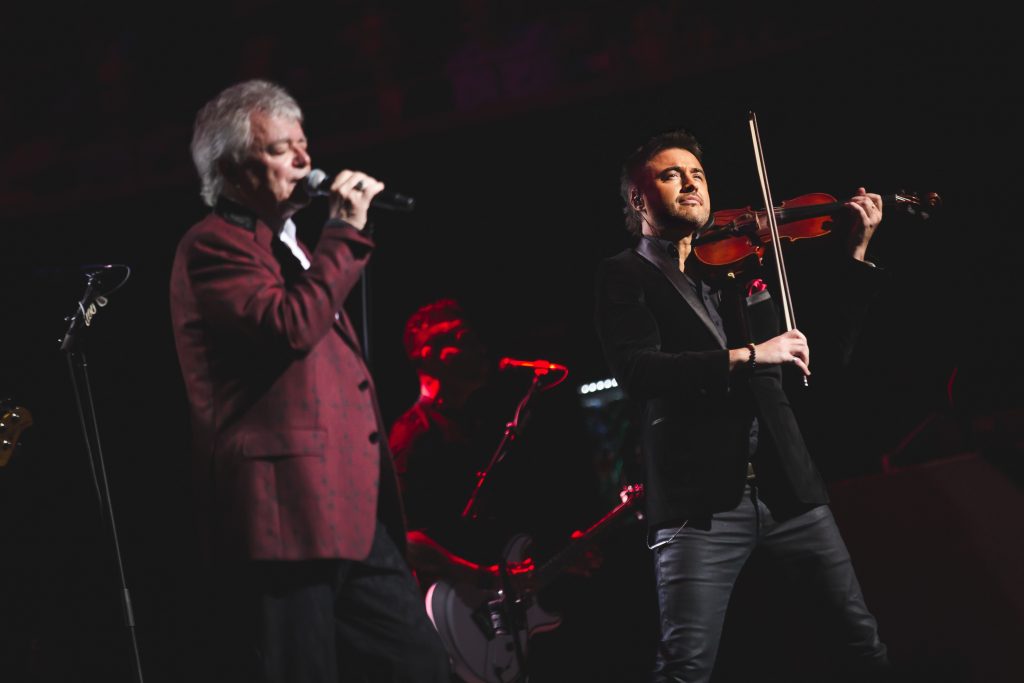 Performing with Air Supply at the Plenary, Melbourne Convention and Entertainment Centre 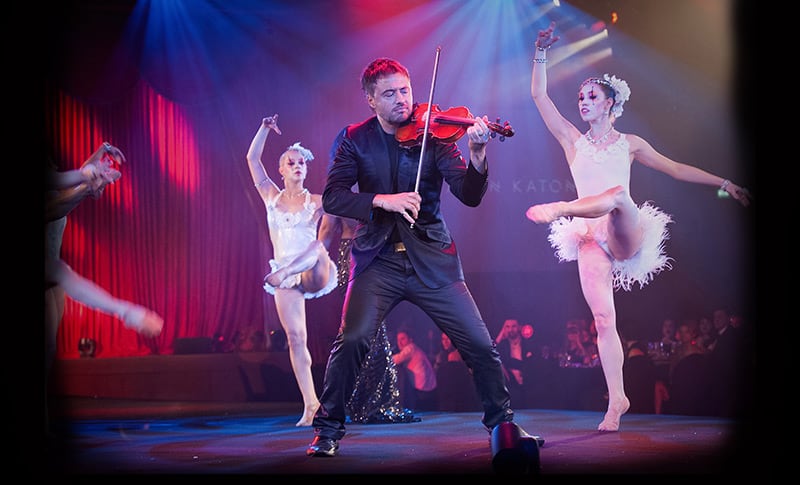 Performing with Air Supply at the Sydney Opera House 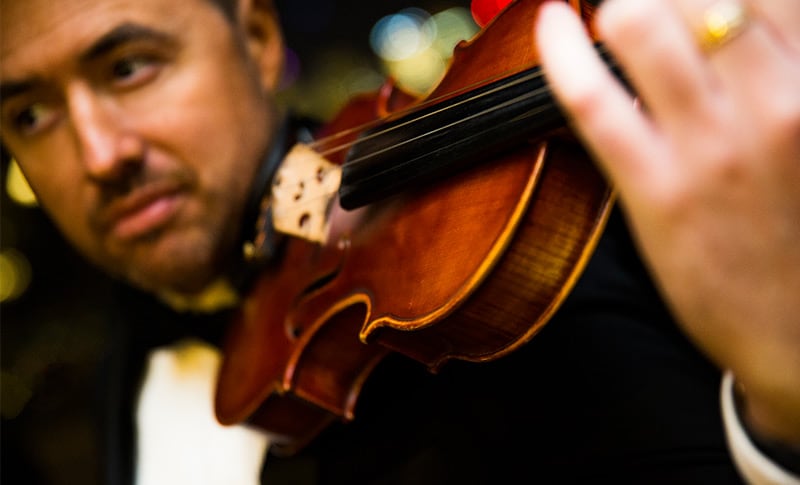 Performing songs from the new album All Out Of Love at The Palms at Crown as special guest to Peter Byrnes ‘Neil Diamond Forever’ show. 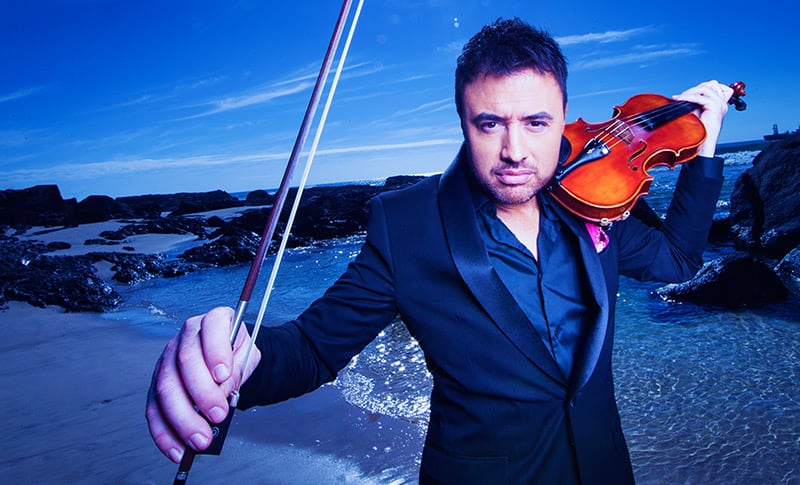 Performing with Air Supply at The Orleans Showroom in Las Vegas 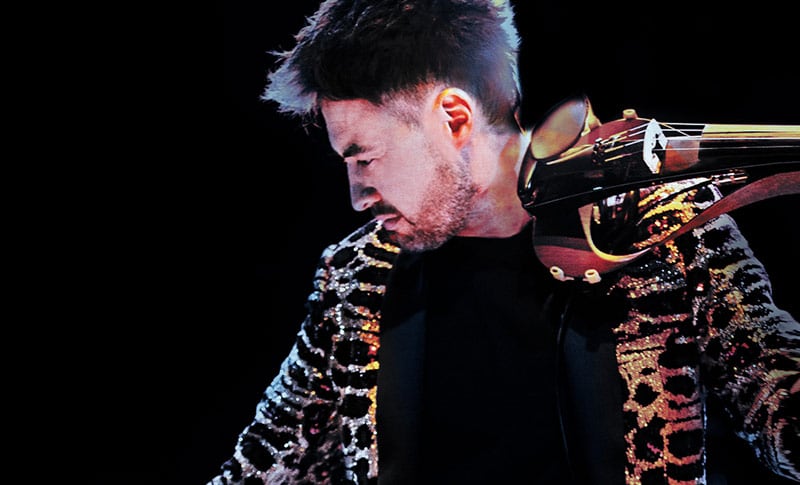 Performing songs from his new album ‘All Out of Love’ in Suzhou, China 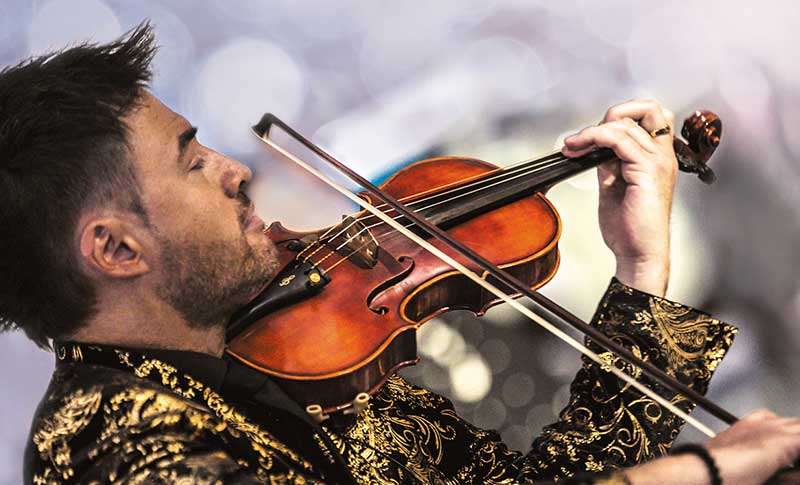 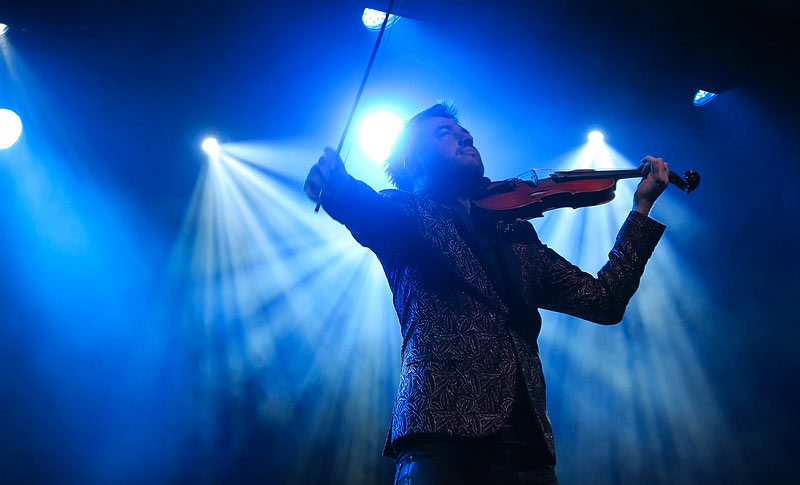 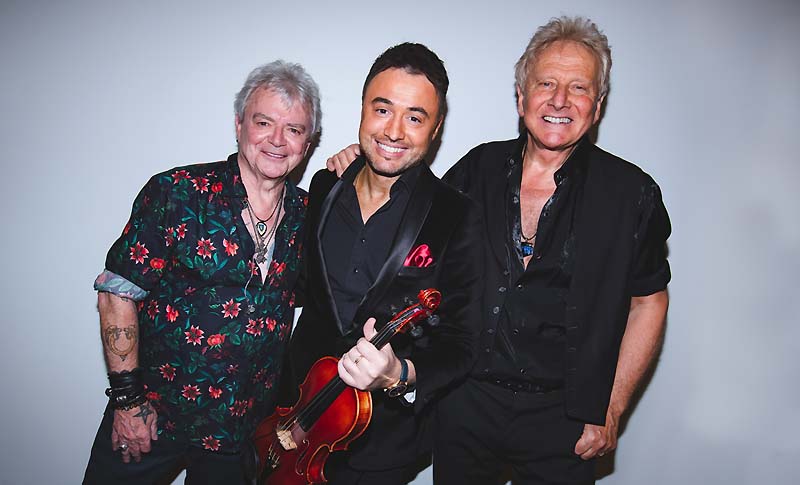 “One of the greatest performers of this century” 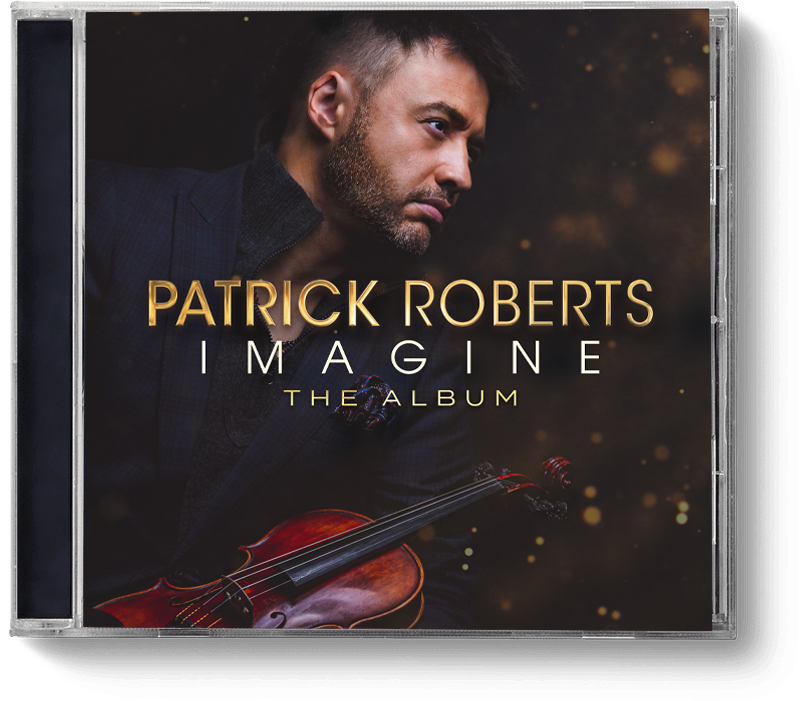 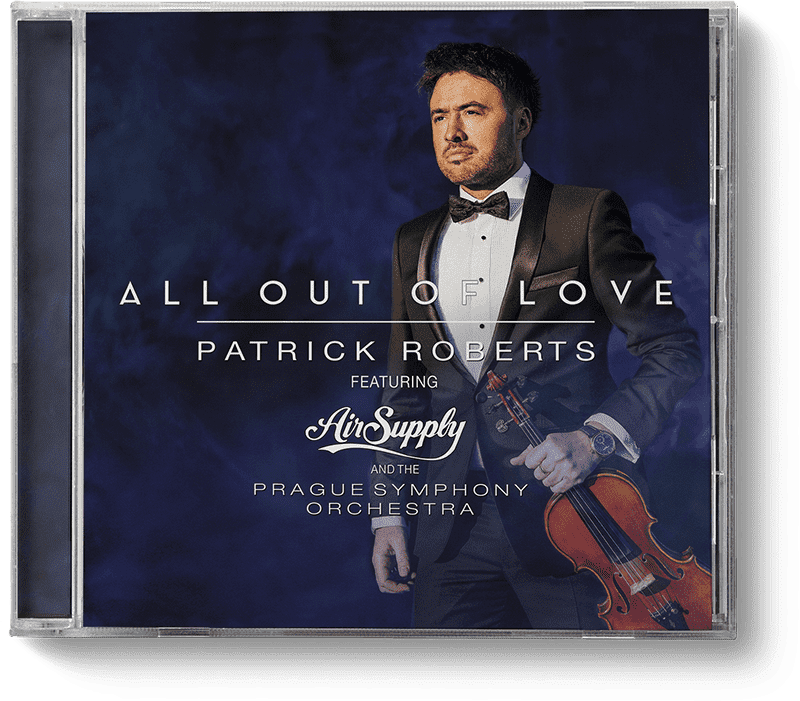 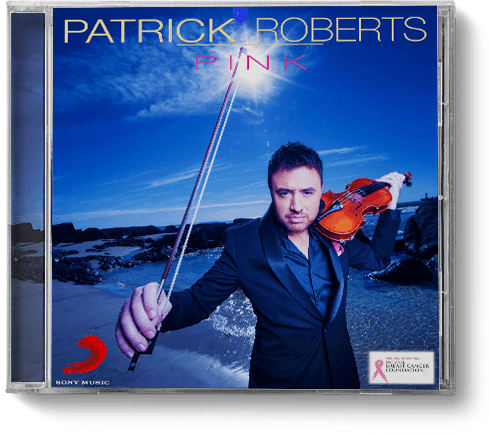 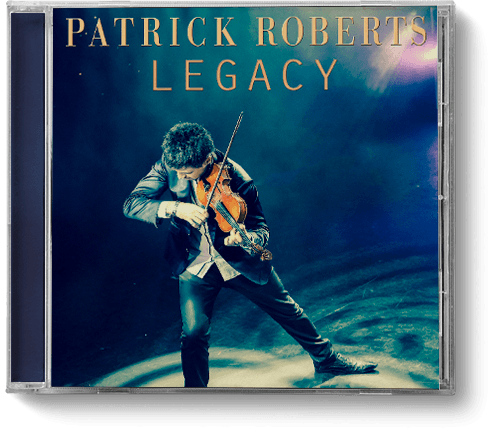 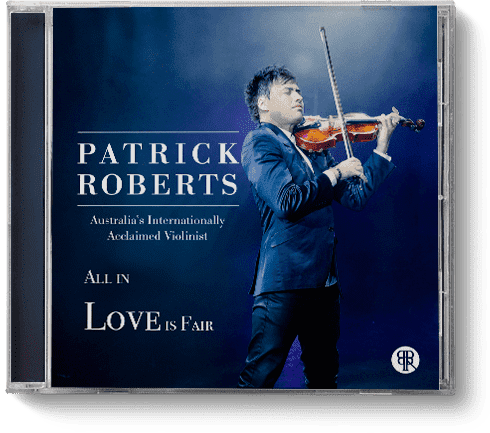 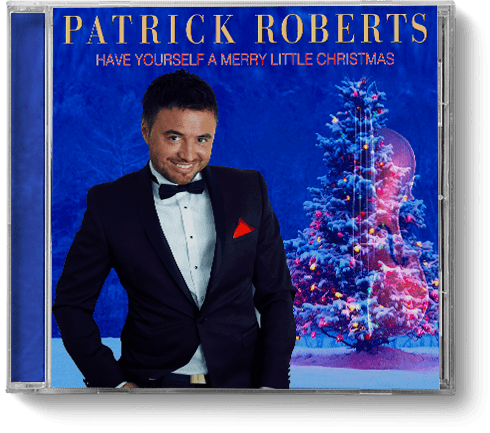 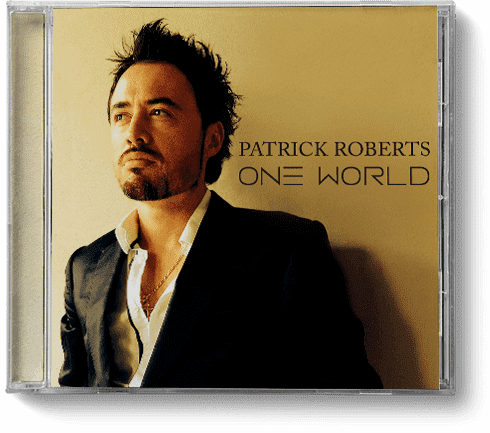